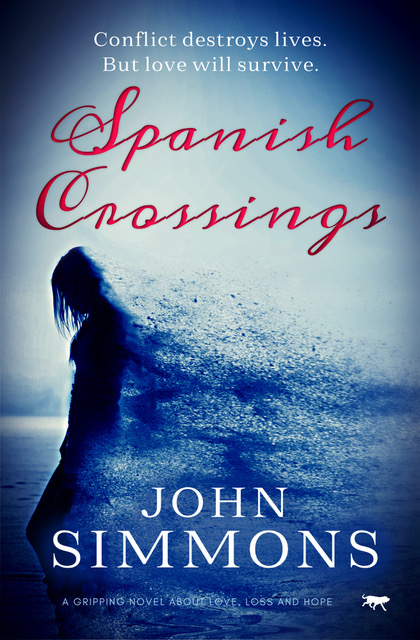 Where do ideas come from? Whatever writing we are engaged on, we need the spark of an idea to get properly started. Sometimes this means scratching around, willing words into being. And sometimes they arrive through the letterbox in a wrapped package. Open it, see what’s there.

The publication of my novel Leaves after such a tortuous journey seemed to release something inside me. I was open to the possibility – the desire – to write another novel, and when your mind is open the seed of an idea can be planted.

My daughter Jessie, named after my mother, was curious about the family history before she was born. Unfortunately she never met her namesake because my mum died relatively young. But there were photo albums, and there were stories even if the stories I could tell were incomplete. Jessie wondered about the pictures of a Spanish boy from the 1930s. I told her what I knew – his name was Jésus, he had been a refugee from the Spanish Civil War, and my mum and dad had ‘adopted’ him. Even as I told these bare bones of a story, I was forming questions that I could not answer. All I knew was that my parents had been politically committed to the anti-fascist side in the war; as a result we had never visited Spain as long as the dictator Franco was alive.

But in the 21st century Franco was long gone, and Spain was a healthy democracy. I started visiting it annually to run Dark Angels courses in Andalucia. Meeting people from the area, from the town Aracena, stories of civil war times were told – how people in the town would still cross the street to avoid coming close to a local whose family had been on the other side in the war. The stories, the possibilities of other stories, started brewing in my imagination.

In 2015, staying overnight in Seville before the Dark Angels course started, I dreamt the words “Mother declared herself happy”. The words took me by surprise and I wrote them down in my notebook; then I had the day free to wander around Seville before heading for Aracena that evening. I walked, stopped for coffee and lunch, sat on garden benches, and I wrote in my notebook – I wrote a thousand words that began with “Mother declared herself happy”. It was the start of a story, or perhaps the end of a story. I knew I had to continue it and that I needed to go back to the time of the Spanish Civil War to find the story.

My daughter Jessie gave me a book she had come across – For three months only, by Adrian Bell, the story of 4000 children from northern Spain who had been evacuated in 1937 from Bilbao on an overcrowded boat. Landed in Southampton they were taken in by British charities, institutions and families, and one of these children I now realised had been Jésus, the boy my mum and dad had adopted only one year into their marriage.

The story of the story behind my novel Spanish Crossings could be as long as the novel itself. I’ll just say that the writing flowed because I had found an idea that compelled me to write. So, I will return to my opening question “Where do ideas come from?” In this case the spark was a family history based on elusive memories developed, as if from a film negative, into a print by imagination.

I was lucky to have that spark. But I believe it’s not that unusual – we all have family stories from times when we were not present. Often these stories are shown in the pages of a family photo album. Ask yourself – Who was that? Who are the other people in the picture? Where are they? How did they get there and what will they do next?

As I wrote Spanish Crossings my research took many forms – reading history books, watching documentary films from the time, talking to people about their memories, visiting places that would feature in the story. But I always found the black and white photos of that time – not necessarily from my own family album – the most reliable source of inspiration.

Try these techniques, using a photograph as a spur to write a scene. Perhaps that scene will grow into something bigger. Enjoy the exploration. Perhaps you will find a novel emerging.