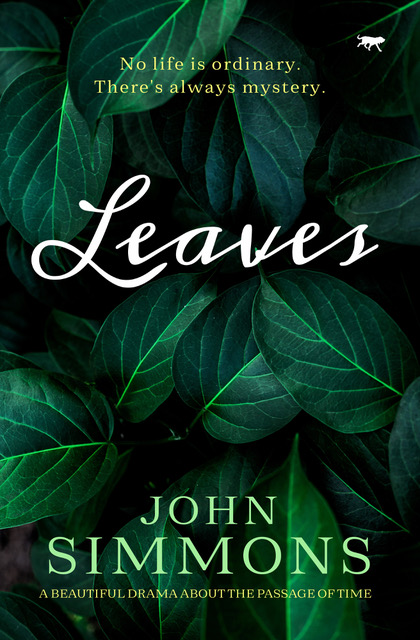 My first novel Leaves was published in 2015, but I had written the original draft of it in 1970, straight out of university. It seemed miraculous to have a novel published after all those years, so it was all the more distressing when Leaves became unavailable following the collapse of its distributor and then its publisher Urbane last year.

Now, even more miraculously, Leaves and my two novels that were inspired into being by its publication – Spanish Crossings and The Good Messenger – have found a new publisher. They are being republished by Bloodhound Books, giving me a cause for celebration and a pause for reflection.

The act of writing is mysterious. Where do these words come from? I’ve often puzzled at the unfamiliarity of a piece of writing I wrote earlier in my life. Who wrote this? Was it really me? Time plays tricks with us but of course the answer is that I was a different person when younger. I was someone without the experience of the subsequent years, without the accumulation of memories that had built up since that original time.

The first lines of Leaves had come to me when I was at work – at my first mind-numbing post-university job. I wrote the words down on a scrap of paper that I took home: “Ophelia Street is.” A three-word sentence: a place name with the language’s least distinctive verb. Why Ophelia Street? I guess I had just completed three intensive years of studying English Literature so I was steeped in Shakespearean names. But this – Ophelia Street – was a name that suggested something real to me, a declining place with a fragile community. “A no-through road, a huddle of houses…a place that had seen better and grander times.”

So it went on. The first words led to the first paragraph led to the first chapter. And the four seasons placed a natural structure on the story. The novel flowed and I completed it in three months, aged 21.

I tried to get it published. A couple of times it came close. One publisher sent me a glowing reader’s report together with an apologetic rejection letter. Life happened. I put the book aside but I remained proud of it. Ten years ago I dusted it off, wondering what it would be like after all these years.

Rereading it then – Did I write this? Was it really me? – I asked myself if I could make it better, given that I had learnt so much since that first attempt. So I started, obviously enough, with the first words. I changed “Ophelia Street is” to “Ophelia Street was”, and that small shift changed a lot. It allowed me to introduce a new character, a narrator, who was looking back on his youth. “Ah,” a friend remarked, “you’ve written a historical novel.” Because the year in which the novel is set remained 1970.

Once I had made this change of viewpoint it seemed the natural thing to do. It felt authentic to me as a writer of relatively advanced years looking back on his earlier life. It also established an elegiac tone that would pervade the novel and add a different dimension.

Now, following a career of helping others to write more effectively, I can’t resist asking you to think about this in relation to your own writing. It’s a simple but often overlooked technique: change the tense. Change ‘is’ to ‘was’. What happens if ‘was’ becomes ‘will be’ or ‘had been’? What if ‘she writes’ rather than ‘she wrote’?

What happens? Interesting things can happen, taking you by surprise, helping you to see the world and your story differently. Try it, just as an exercise, on a piece of your recent writing. It might be the change you were seeking.

Leaves by John Simmons is now published by Bloodhound Books in paperback and Kindle https://tinyurl.com/3fzcc6bk