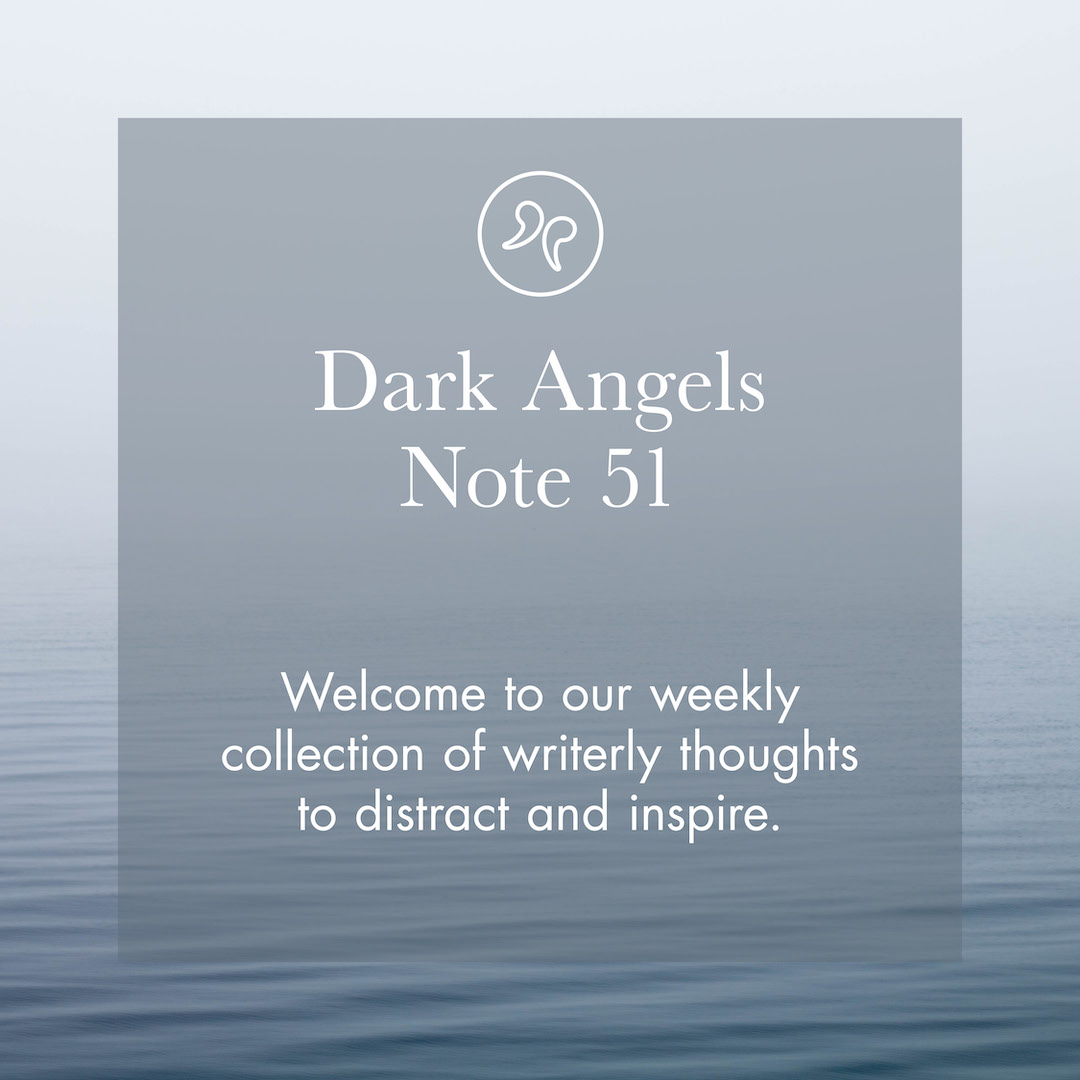 Welcome back to our writerly thoughts to distract, inspire and reassure you. Be well, keep reading, keep writing and know that we’re always here..

As we teeter on the emerald verges of May, this week’s prompt celebrates Short Story Month.

Imagine a town where the internet, mobile phones, tablets and computers do not exist. Write a story in which a character acts out of boredom.

All those times I was bored
out of my mind. Holding the log
while he sawed it. Holding
the string while he measured, boards,
distances between things, or pounded
stakes into the ground for rows and rows
of lettuces and beets, which I then (bored)
weeded. Or sat in the back
of the car, or sat still in boats,
sat, sat, while at the prow, stern, wheel
he drove, steered, paddled. It
wasn’t even boredom, it was looking,
looking hard and up close at the small
details. Myopia. The worn gunwales,
the intricate twill of the seat
cover. The acid crumbs of loam, the granular
pink rock, its igneous veins, the sea-fans
of dry moss, the blackish and then the graying
bristles on the back of his neck.
Sometimes he would whistle, sometimes
I would. The boring rhythm of doing
things over and over, carrying
the wood, drying
the dishes. Such minutiae. It’s what
the animals spend most of their time at,
ferrying the sand, grain by grain, from their tunnels,
shuffling the leaves in their burrows. He pointed
such things out, and I would look
at the whorled texture of his square finger, earth under
the nail. Why do I remember it as sunnier
all the time then, although it more often
rained, and more birdsong?
I could hardly wait to get
the hell out of there to
anywhere else. Perhaps though
boredom is happier. It is for dogs or
groundhogs. Now I wouldn’t be bored.
Now I would know too much.
Now I would know.

Margaret Atwood
Originally published in Morning in the Burned House, 1997.

A Reunion with Boredom* (Extract)

Do people still suffer from periods of boredom even with computers, smart phones and tablets to occupy them endlessly?

Being without lights and water is a fairly common experience for those of us who live in rural areas on roads lined with old trees. Every major rainstorm or snowstorm is almost certain to bring down the lines, which, because of the relative scarcity of population, are a low priority for the power company to fix. We use oil lamps and most often candles, so our evenings around the dining room table resemble séances. We sit with our heads bowed as if trying to summon spirits, while in truth struggling to see what’s on our dinner plates. Being temporarily unable to use the technology we’ve grown dependent on to inform ourselves about the rest of the world, communicate with others, and pass the time, is a reminder of our alarming dependence on them. “Nights are so boring!” my neighbors kept repeating. Our days were not much better, with overcast skies that made it even difficult to read indoors. All of this reminded me of the days of my youth when my family, like so many others, lived in a monastic solitude when the weather was bad, since we had no television. It wasn’t in church, but on dark autumn days and winter nights that I had an inkling of what they meant when they spoke about eternity. Everyone read in order to escape boredom. I had friends so addicted to books, their parents were convinced they were going crazy with so many strange stories and ideas running like fever through their brains, not to mention becoming hard of hearing, after failing to perform the simplest household chores like letting the cat out.

Join us via Zoom for an hour of writing and talking with other Dark Angels. We meet at 7pm UK time every Tuesday. Click here on the night. There’s no need to register in advance and we’ll be using the same link every week from now on. There’s no charge. And feel free to bring a friend along.

Jamie and Neil will lead a Foundation course this June. With guest visits from the Dark Angels family, there’ll be lots of short, fast-moving writing exercises, discussions, and time for personal writing.

Save your seat here.

There are a couple of spots still available for a Starter day of writing on June 9th with Elen and Gillian. This will be a fun and creative day of practical exercises in the company of a small group of 6-8 people. You’d be very welcome.